Blizzard sent out a new survey containing several questions regarding the potential for a "Classic" Burning Crusade server.

Blizzard sent out a new survey containing several questions regarding the potential for a "Classic" Burning Crusade server. While rumored for quite some time, this is not the first survey we've seen asking players for their opinions, but it does raise some new ideas. Aside from simply moving Classic WoW forward into The Burning Crusade, it seems Blizzard may be exploring the possibility of maintaining multiple concurrent versions of Classic - a "Fresh Start" server which resets back to Classic Phase 1, while separate Classic Burning Crusade servers would move into the new expansion.

Credit to Rokman, Josh, and TigerRaven from the Countdown to Classic Discord for sharing their survey questions.

These questions also relate back to an earlier survey which asked players how they would prefer to handle character migration from Classic to TBC , carrying over their current characters, starting over from level 1, or using a template to skip the early leveling and begin at level 58.

A number of other topics were also brought up in the 31 question survey, including those ones you might expect regarding player demographics and satisfaction, but also touching on subjects such as what activities players spend their time in Classic WoW, what third party tools and websites players use, player behavior, and botting. While we probably shouldn't read too much into it right now, it's interesting that Blizzard is asking where players are spending their time in Classic, and whether that could lead to adjustments in either a fresh start server or eventual TBC server, as they have been deviating more and more away from their original "no changes" policy over the course of Classic WoW. Likewise, questions regarding third party tools could lead Blizzard to reevaluating their decision not to have any kind of WoW Armory for Classic, or other API improvements for a TBC version of the game. 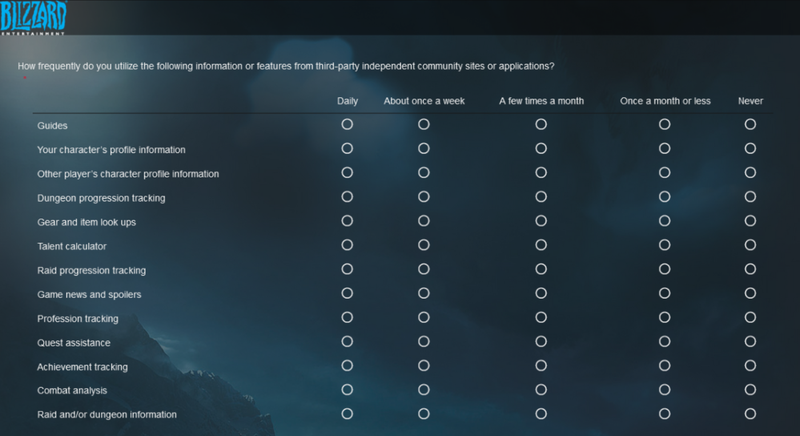 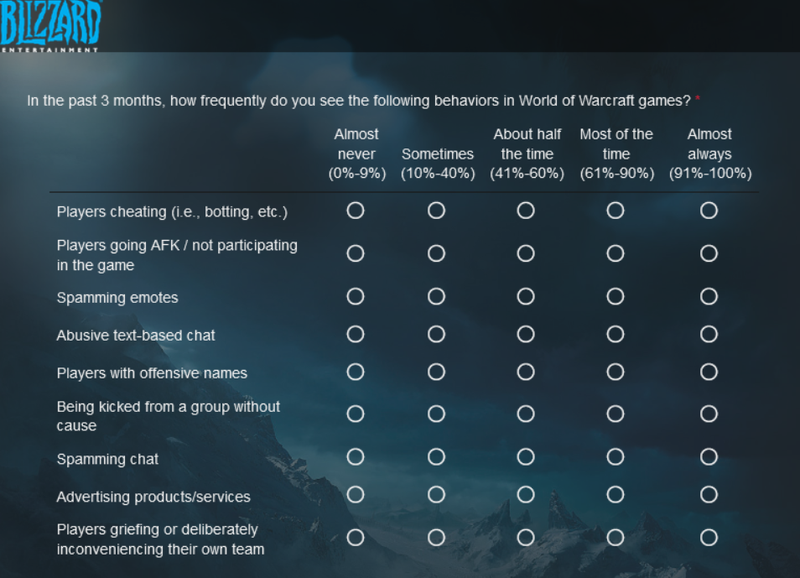