Blizzard has released a large blog post on WoW Classic Season of Mastery, describing some of their design intentions, and answering some popular questions from the community!

Blizzard has released a large blog post on WoW Classic Season of Mastery, describing some of their design intentions, and answering some popular questions from the community! 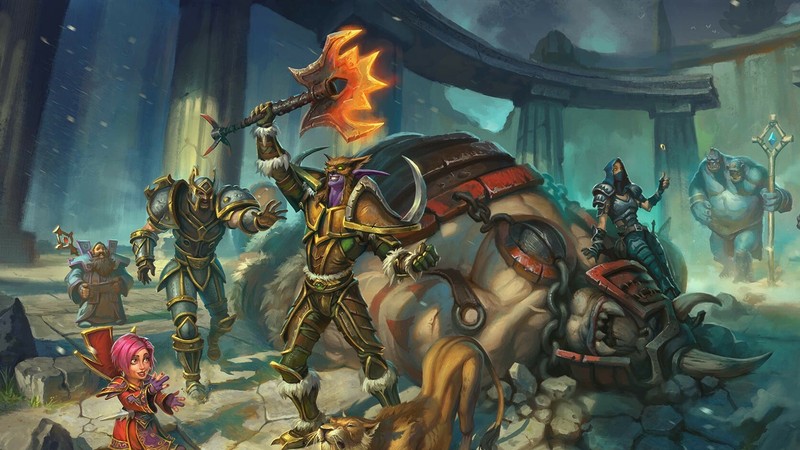 Now that we’re wrapping up our Beta testing phase, we want to follow up on our design intentions, clarify some topics that have come up, and answer questions we’ve seen from Beta testers.

One notable aspect of our content phases is the decision to make the Dungeon Set 2 (AKA “tier 0.5”) questlines available at launch. We also adjusted the availability of many dungeon and reputation items, making them become available earlier than they did in original World of Warcraft.

Most of the changes and additions made to boss loot tables, reputation vendors, and other sources of gear were made later in original WoW to fill an obvious gap in viable late-game pre-raid gear or resistance gear. It makes sense with the accelerated content release cadence in Season of Mastery to move these changes up to Phase 1. This will provide more variety and value in the items available as players gear up for late-game content. This also provides more goals for players to pursue and gives many classes and specs more interesting gear options early on.

Along those lines, we’ve made the following adjustments to content that will be available during Phase 1 of Season of Mastery:

- Dire Maul will be available at the launch of Season of Mastery.

- Changes made in patch 1.10 to dungeon rewards will be in place at the launch of Season of Mastery. This includes the availability of Idols, Librams, and Totems, as well as the adjusted drop locations and drop rates of some items such as the Hand of Justice in Blackrock Depths.

- Changes and additions made to reputation vendors and item drops in patches 1.6 through 1.11 will be in place at the launch of Season of Mastery, with a few exceptions:

- Items on vendors or that are associated with reputations that are not accessible until a later content phase, such as the Zandalar Tribe.

- The (world drop) plans for Titanic Leggings and Sageblade will be made available in a later content phase.

- To facilitate the completion of the Dungeon Set 2 questlines at the launch of Season of Mastery, the Twilight’s Hammer camps in Silithus can be used to summon elemental Templars and Dukes.

- Please note that the rest of the Cenarion Hold and Silithus activities associated with Anh’Qiraj will remain unavailable until the Anh’Qiraj War Effort event kicks off later.

- Level 50 Class quests will be available at the launch of Season of Mastery.

- Warsong Gulch, Arathi Basin, and Alterac Valley will all be available at the launch of Season of Mastery.

- The World PvP objectives in Eastern Plaguelands will be enabled at the launch of Season of Mastery.

Classes are the lens through which we view World of Warcraft, and for many players, the way our favorite class plays forms a large part of the memories we have of a particular era in World of Warcraft history. A big part of what makes WoW Classic special is being able to relive and re-master the gameplay that bygone versions of WoW provided, and a large part of the WoW Classic project is bringing that back for players to enjoy. We want players to recognize their classes, both their strengths and their limitations, and we don’t want to create a situation where frequent balance changes are necessitated and leave players wondering what’s happening with their class from week to week.

Bugfixes are always possible, of course, but broadly speaking, the classes you know from Classic will be the classes you experience again this season. So, while we know some players are interested in seeing a version of Classic that has adjustments to core class toolkits, that’s not in our plan for this season.

We’ve also heard the concerns that having increased health for raid bosses might further reduce class diversity. This has especially focused on warriors and rogues being better on long fights, because they don’t run out of mana. We’re not insensitive to this concern, but our intention behind increasing the health of raid bosses is to make up for the better itemization on gear and improved talents provided by the 1.12 version of items and classes. We want to make sure players actually stay in combat long enough to engage with the boss mechanics, and we believe that the changes made to encounters might inspire new strategies for raids.

Based on what we saw in Molten Core and Onyxia beta testing last week, groups that stacked warriors and rogues seemed to struggle more than groups that had a greater diversity of classes. There are a lot of variables there, especially given their gear and the fact that they were experiencing the fights for the first time, but it gave us hope that we’re on the right track here. We’ll keep an eye on things though; we’re open to further adjustments if needed if it turns out we’re mistaken.

Ultimately, it’s not a goal for Season of Mastery to specifically exclude any class or playstyle from any piece of raid content, and we expect that the Season of Mastery raid content can and will be cleared with a very wide variety of raid compositions. This doesn’t mean that we expect every single spec to be fully represented at all levels of play, but we do hope it all feels familiar while moving at a different pace, with new problems to solve in order to overcome the challenges of the game.

After careful consideration, we increased the rate at which players rank up in the PvP Honor System. The system still largely behaves as it did before, ranking players within a given faction/realm against one another and calculating an “expected rank” based on those weekly contributions. In WoW Classic, after calculating your expected rank each week, you would move 20% of the distance between your current rank and your expected rank. We’re increasing that to 40% per week for Season of Mastery.

In WoW Classic, the #1 ranked player would have an “expected honor” of 65,000 honor, requiring 12 weeks to reach the 60,000 Honor needed to reach Rank 14 (assuming they remained at Rank #1 for all 12 weeks). In Season of Mastery, it’s possible for a player to progress through those ranks in 6 consecutive weeks. As in WoW Classic and original World of Warcraft, reaching Rank 14 will be a very difficult and competitive path to take. It requires overcoming members of your own faction to be the player contributing the most Honor each week. The difficulty of achieving Grand Marshall or High Warlord is highly variable based on the participation of other players, so there’s no guarantee that any given player can achieve any given rank.

We’re just speeding it up to match the rest of the content unlocks this season.

Finally, many Classic players have asked what will happen at the end of the Season of Mastery, and here’s the answer. When Season of Mastery concludes, you’ll have the option to permanently transfer your character to an existing Classic Era realm in your region. This free service will become available for a limited time at the conclusion of the season.

While we don’t yet know the exact destination realm and specific dates, you’ll have plenty of time to move your character to a safe home before all Season of Mastery realms are permanently closed.

Thank you so much for all of your comments, reports, and feedback. We’ve had a blast with Beta testers these past few weeks and we’re excited to join you in the Season of Mastery on November 16!