The next WoW Classic content phase, featuring Zul'Gurub and the Dragons of Nightmare, unlocks 3pm Pacific on April 15th.

The next WoW Classic content phase, featuring Zul'Gurub and the Dragons of Nightmare, unlocks 3pm Pacific on April 15th.

We’re pleased to announce that our next WoW Classic content unlock will occur at the same time on all realms: 3:00 p.m. PDT on Wednesday, April 15.

Hidden in the jungles of Stranglethorn, an ancient Troll city full of peril has been uncovered. Do you have what it takes to delve into its mysteries with a band of hardy explorers? There’s only one way to find out! Zul’Gurub is a high-level, 20-man raid instance with 120 new rare and epic items to uncover. Adventure awaits!

The Stranglethorn Fishing Extravaganza is a grand new event set along the coasts of Stranglethorn Vale. Early on the appointed day, friendly neighborhood goblins will visit Ironforge and Orgrimmar to inform aspiring anglers of the grand tournament and give instructions. At the appropriate time, the shout will ring out across Stranglethorn to bait your hooks and cast your lines!

The Dragons of Nightmare

Something is amiss in the Emerald Dream. Immense dragons with the shimmering emerald scales of the Green Dragonflight have been sighted guarding the portals at the Great Trees. These once-noble creatures crawl with a new, strange menace, not the peace for which Ysera is known. Bring many allies should you dare to confront them; their powers are formidable and they will not hesitate to crush any who draw near.

Prepare yourselves! Now, PvP has primarly moved to battlegrounds where repetitious engagements can happen with much greater frequency. Starting next week, Honor will now decrease by 10% per repeated kill in both battlegrounds and world PvP. 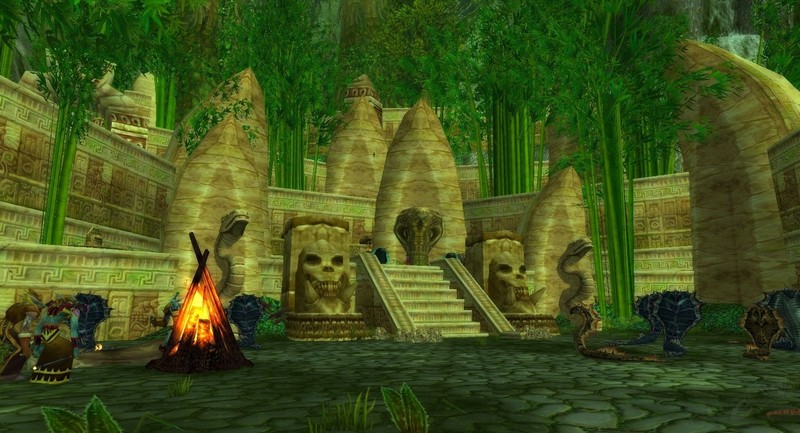