Blizzard has released a blue post talking about the first official PvP tournament in Classic WoW - the Summer Bowl. The Summer Bowl is a 10v10 Warsong Gulch tournament beginning on June 17

Blizzard has released a blue post talking about the first official PvP tournament in Classic WoW - the Summer Bowl. The Summer Bowl is a 10v10 Warsong Gulch tournament beginning on June 17, with teams in North America and Europe competing for a prize pool of USD $4,000 in each region.

This tournament will be made used the recently released War Game feature in Classic WoW! You can consult our Warsong Gulch guide !

For the first time in WoW Classic, World of Warcraft Esports presents the Summer Bowl. The WoW Classic Summer Bowl is a 10v10 Warsong Gulch tournament beginning June 17. Over the following three weekends, teams in North America and Europe will compete for a separate prize pool of USD $4,000 in each region!

The tournament will be split into two regions: North America and Europe. All games will take place on live servers for WoW Classic, using the recently added War Game feature. Here’s how it all works:

More information on the full ruleset can be found on our NA and EU sign-up pages. 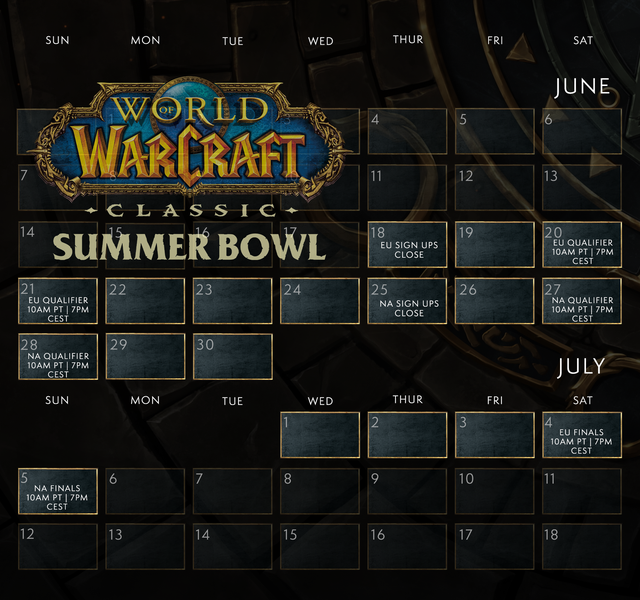