A new World of Warcraft Classic survey has been sent to players asking them what they think they are making significant changes or adding brand new features to Classic Era servers.

Like all Blizzard surveys, this was sent out via email to random users, so there is no link to share 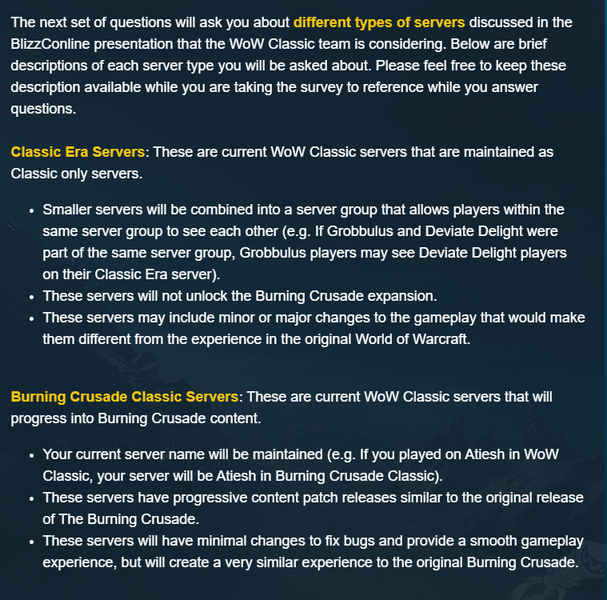 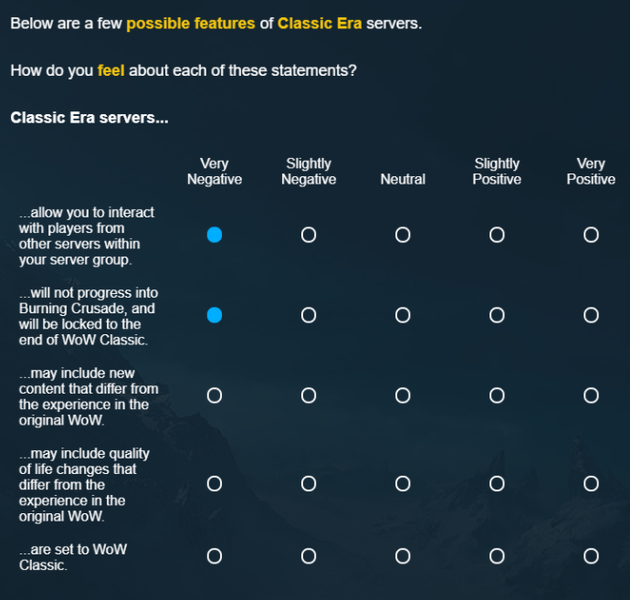 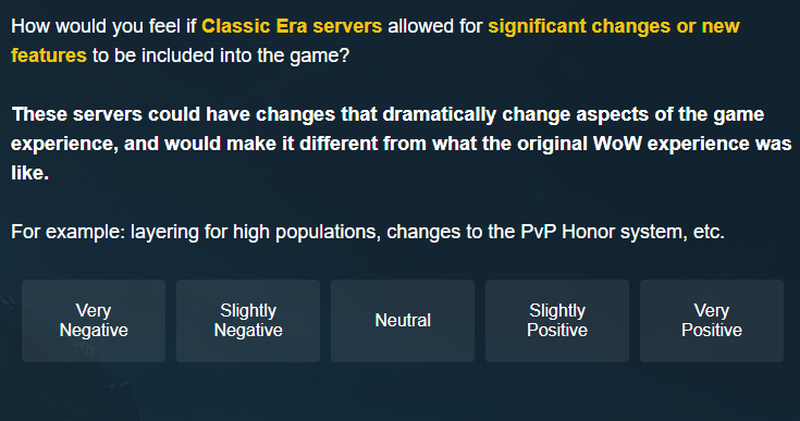 The Classic Burning Crusade expansion was officially announced at BlizzConline, though previous surveys addressed the topic of Character Creation and TBC servers separate from the original Classic ones. This most recent survey teases the idea of making significant changes to the Classic Era servers, jokingly referred to as #SomeChanges at BlizzConline, where the developers talked about including pre-nerf bosses, adding modern quality of life conveniences, and adjusting Drums of War to reduce the reliance on them in raid encounters.

That said, we don't yet know the extent of these so-called "significant changes" hinted at in the survey, but the questions above specifically cite divisive subjects such as "interacting with other players", layering, or PvP honor changes, and we've seen Blizzard already start to deviate on the original #NoChanges policy in Classic WoW. Hunters received a major buff by fixing ranged attack power auras, even though the bug fix wasn't actually implemented until The Burning Crusade, while Chinese servers have already begun testing changes to world buffs in order to receive Rallying Cry of the Dragonslayer without turning in a head.

So with that in mind, what kind of changes would you like to see in Classic TBC? While the developers have been emphatic in that they do not wish to add things like automated group queueing, they have shown a willingness to improve features like the LFG system added in patch 2.0.1, and there are many other modern conveniences which could improve The Burning Crusade without drastically altering the game.

Let us know what you think in the comments below!