The Burning Crusade announced for May 4th ?!

The ‘leak’ was covered by World of Warcraft streamer and YouTuber ‘Staysafe’, who claims that multiple sources have confirmed that this new information is indeed legit

The Burning Crusade announced for May 4th ?!

Basically, since Blizzard announced WoW Classic, it's been assumed that we'll end up getting the other expansions, starting with Burning Crusade and going from there in the release order of one.

With the release of Naxxramas to wrap up 2020, it's pretty clear that TBC will arrive sometime in 2021, but several WoW YouTubers are now claiming that leaks say will be there sooner than expected.

The new information comes from a post the Youtuber received on a WoW Classic fan forum and suggests that Blizzard intends to announce the Classic TBC realm during BlizzConline February 19-20. 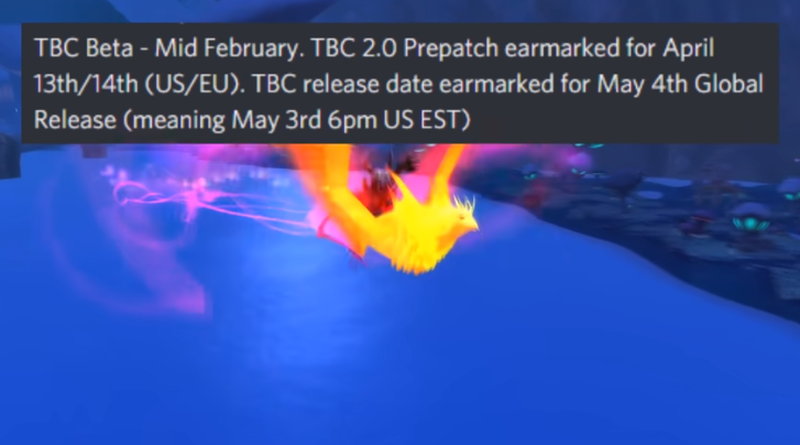 The only aspect of this storyline that seems realistic is how well it coincides with Blizzard's existing plans for BlizzCon. Blizzard has delayed and is holding BlizzCon online this year. It starts defining on February 19. Based on the Staysafe leak, this means the Burning Crusade beta could start immediately after or around BlizzCon. As such, it would make a fitting announcement during the show.

Right now it's not just a leak, Blizzard hasn't commented on this yet, Hope this is true and TBC comes out ASAP.